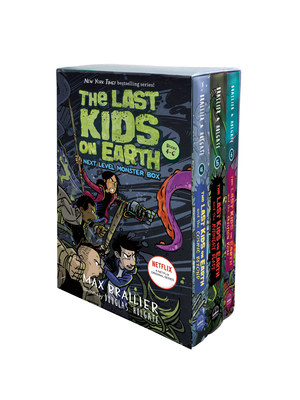 Level up with the next three books in the New York Times bestselling The Last Kids on Earth series! The perfect gift for hours of entertainment and nonstop action and laughs!

Join Jack, Quint, June, and Dirk on all their apocalyptic adventures, with this follow-up to the Monster Box.

Douglas Holgate has been a freelance comic book artist and illustrator based in Melbourne, Australia, for more than ten years. He's illustrated books for publishers including HarperCollins, Penguin Random House, Hachette, and Simon & Schuster, and comics for Image, Dynamite, Abrams, and Penguin Random House.