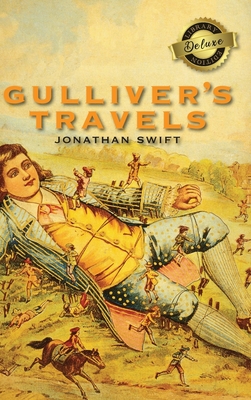 Gulliver's misadventures begin when he is first shipwrecked, then abandoned, then attacked by strangers, then attacked by his own crew. Gulliver's attitude hardens as the book progresses. Throughout, Gulliver is presented as being gullible; he believes what he is told, never perceives deeper meanings, is an honest man, and expects others to be honest. This makes for fun and irony; what Gulliver says can be trusted to be accurate, and he does not always understand the meaning of what he perceives.

Gulliver's Travels has been the recipient of several designations: from Menippean satire to a children's story, from proto-Science Fiction to a forerunner of the modern novel. A possible reason for the book's classic status is that it can be seen as many things to many different people. Broadly, the book has three themes. First, a satirical view of the state of European government, and of petty differences between religions. Second, a restatement of the older "ancients versus moderns" controversy. Third, an inquiry into whether men are inherently corrupt or whether they become corrupted. Gulliver's Travels is Swift's best known full-length work, and a classic of English literature.