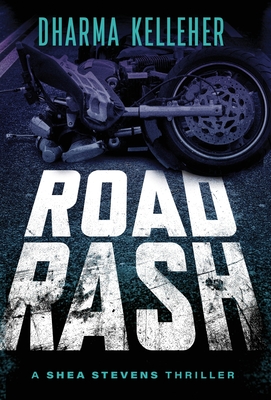 
Usually Ships in 1-5 Days
How Do You Save Someone Who Doesn't Want To Be Saved?

After a minor motorcycle accident, lesbian biker Shea Stevens wants to recuperate at home with her girlfriend and work on a design for a new custom motorcycle.

But when Megan, the adult daughter of a friend, disappears into a suspected cult in Sedona, Arizona, Shea goes undercover as a prospective recruit to bring the young woman home.

Upon her arrival at the compound, Megan assures Shea she's in no danger, that the allegations of the group being a cult are bitter lies told by ex-members. But Shea isn't so easily convinced.

When Shea discovers what's really going on, her suspicions turn to outrage. But saving Megan could send Shea back to prison for decades.

Does she save the girl? Or does she choose family and freedom?

Road Rash is the fourth novel in the Shea Stevens Outlaw Biker series, although each book in the series can be read as a standalone.

Curl up with Road Rash and join Shea on a white-knuckle roller coaster ride that dives deep into the murky waters of freedom and choice, keeping you turning the pages into the wee hours.